Recent scientific studies have shown that artificially created large waves cause significant damage to the shoreline and natural habitats, and re-suspension of sediments.

Impact of the waves on the shoreline: 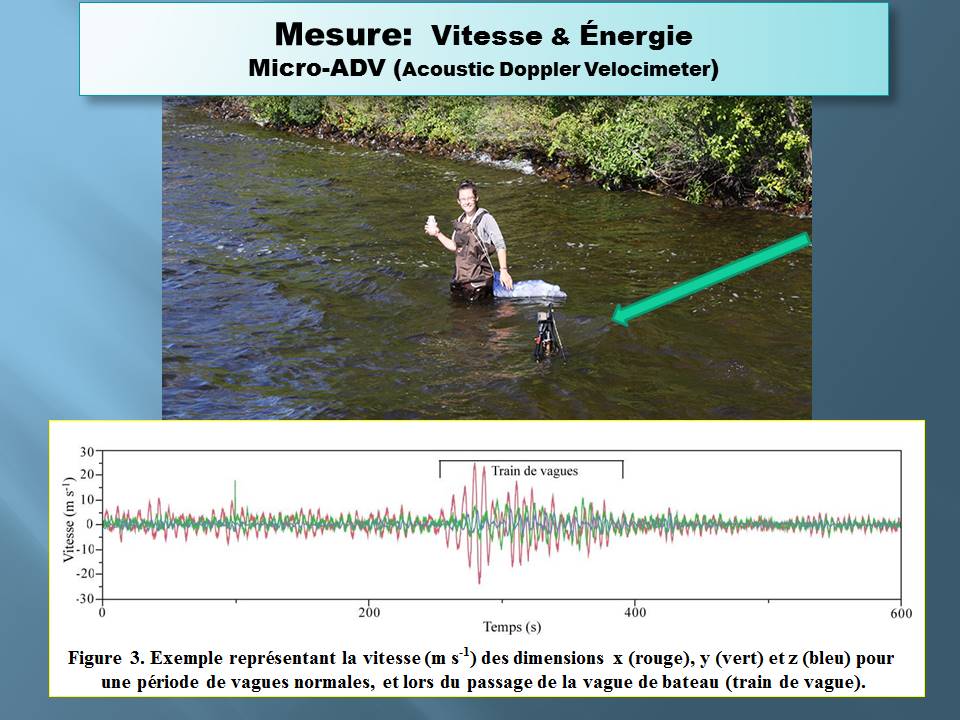 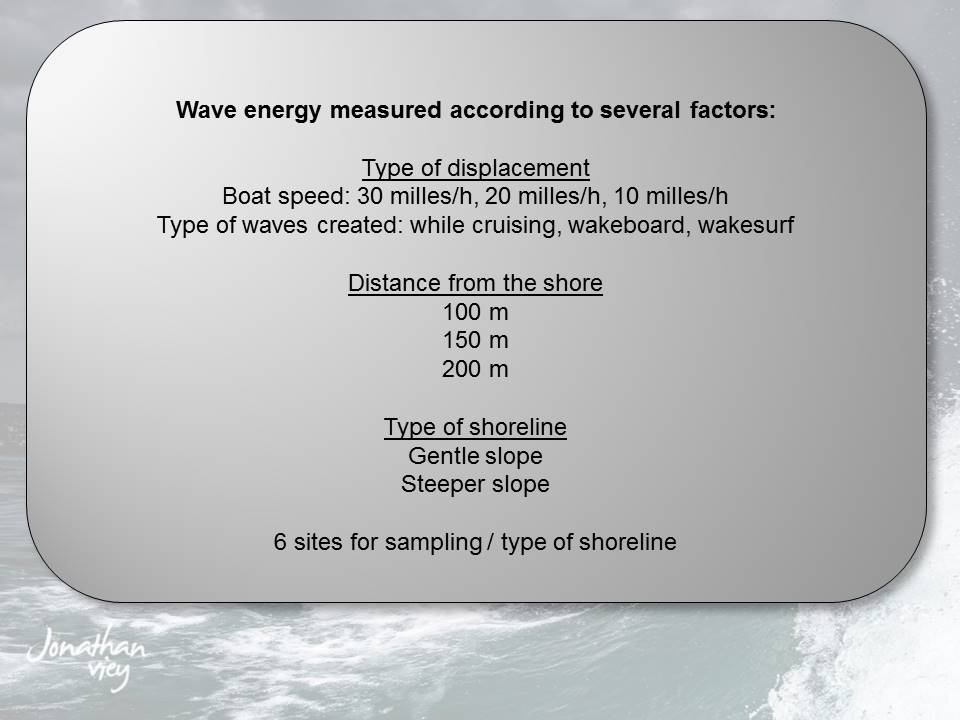 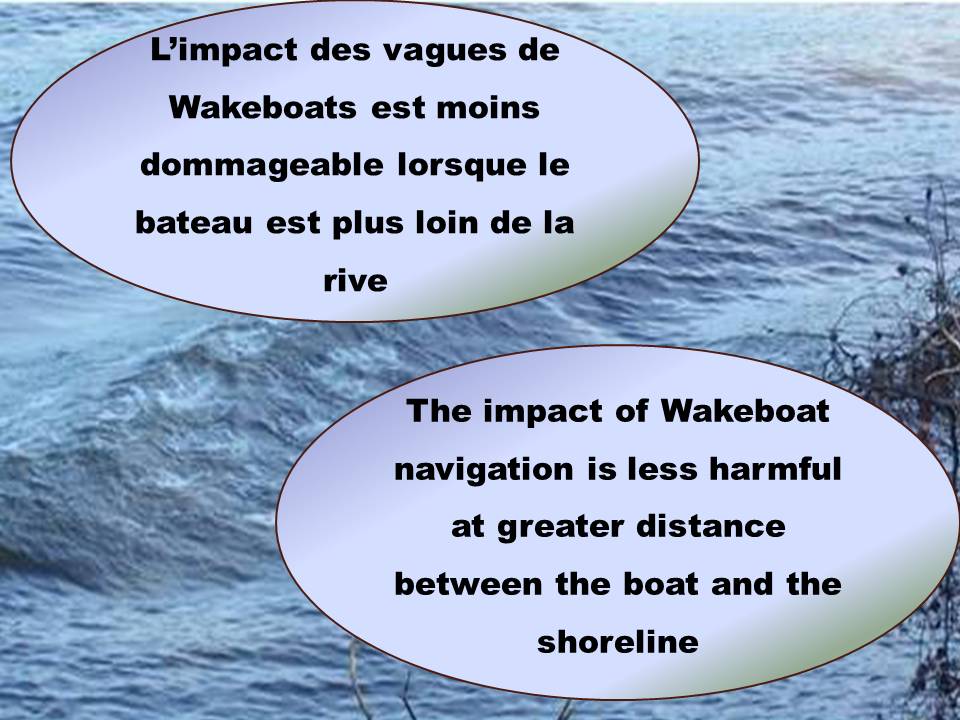 The significant increase in wave energy takes up to 300 m. to dissipate.

The damage caused by waves from wakeboats is significantly reduced if they are generated 300 m or more from the shore.

Waves created by wakesurf activity have the greatest impact when the wave reaches the shore.  (1.7 times higher than a regular boat wake) 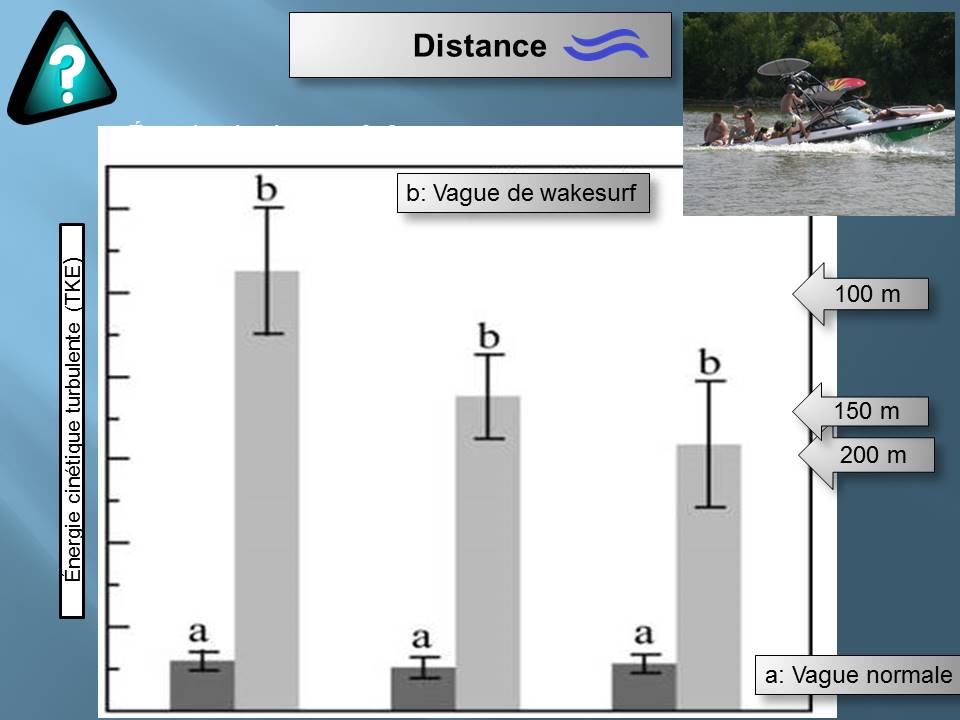 The impact of waves from wakeboats is greater where the shoreline is steeper rather  than sloping gently.

Another impact of the waves measured in the study: Re-suspension of sediments 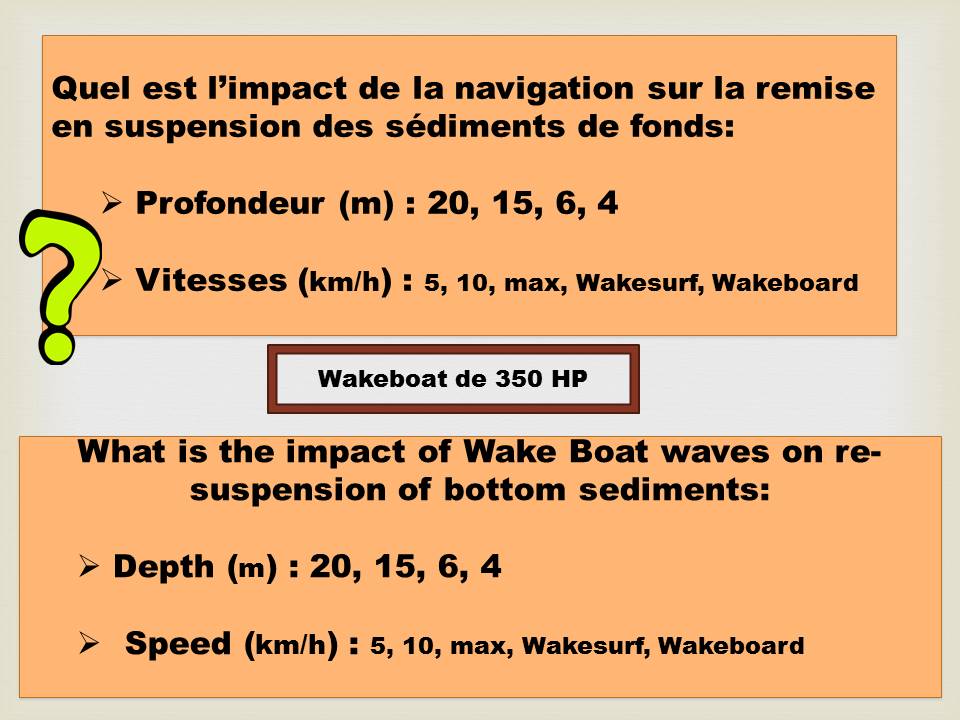 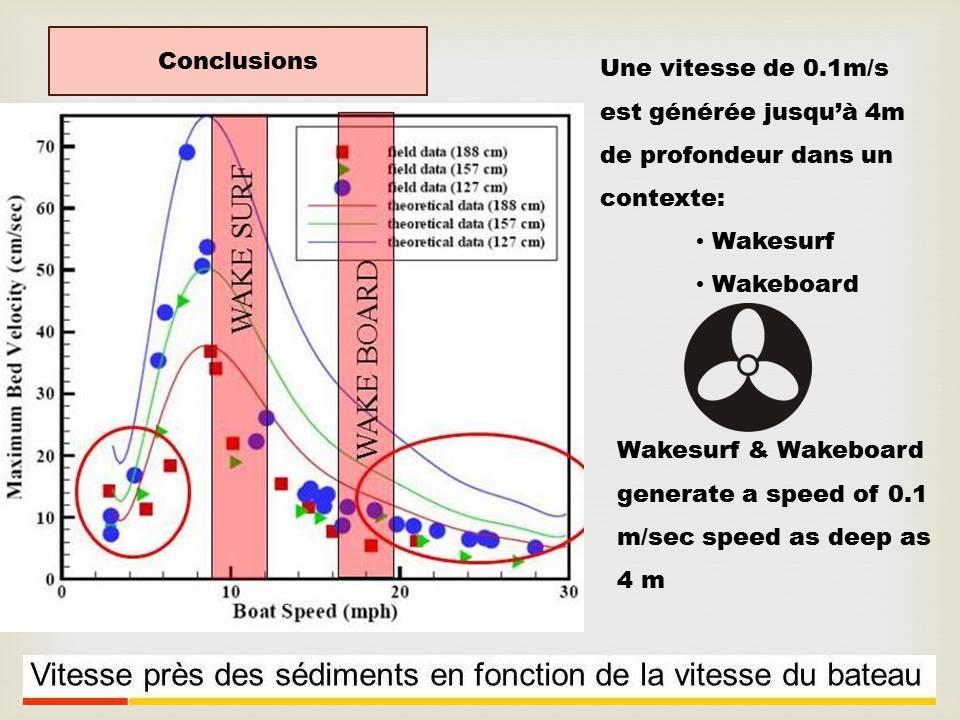 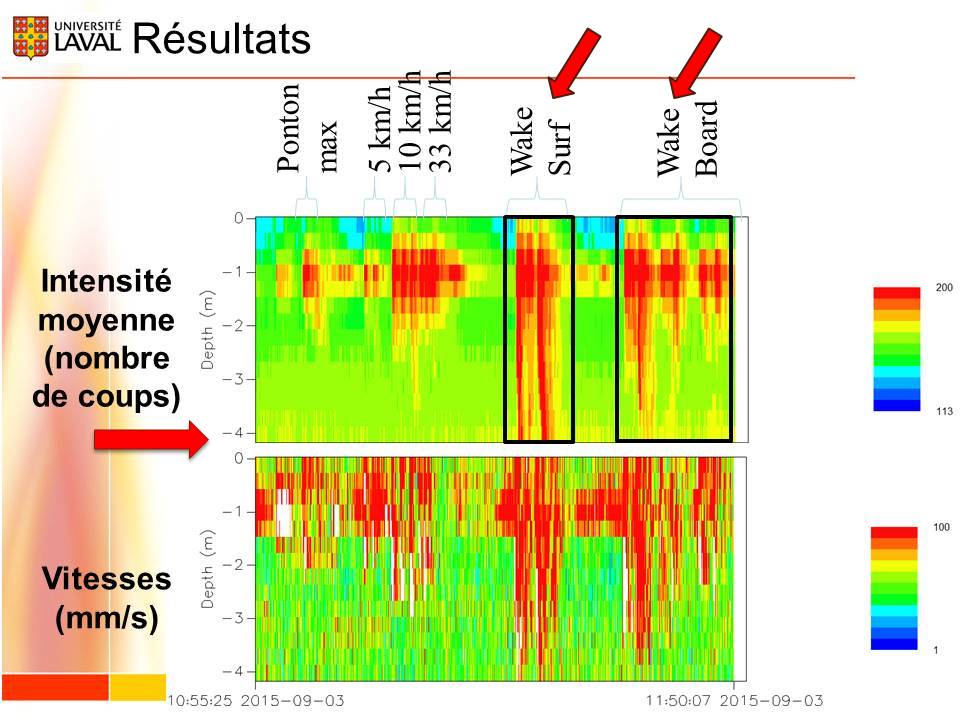 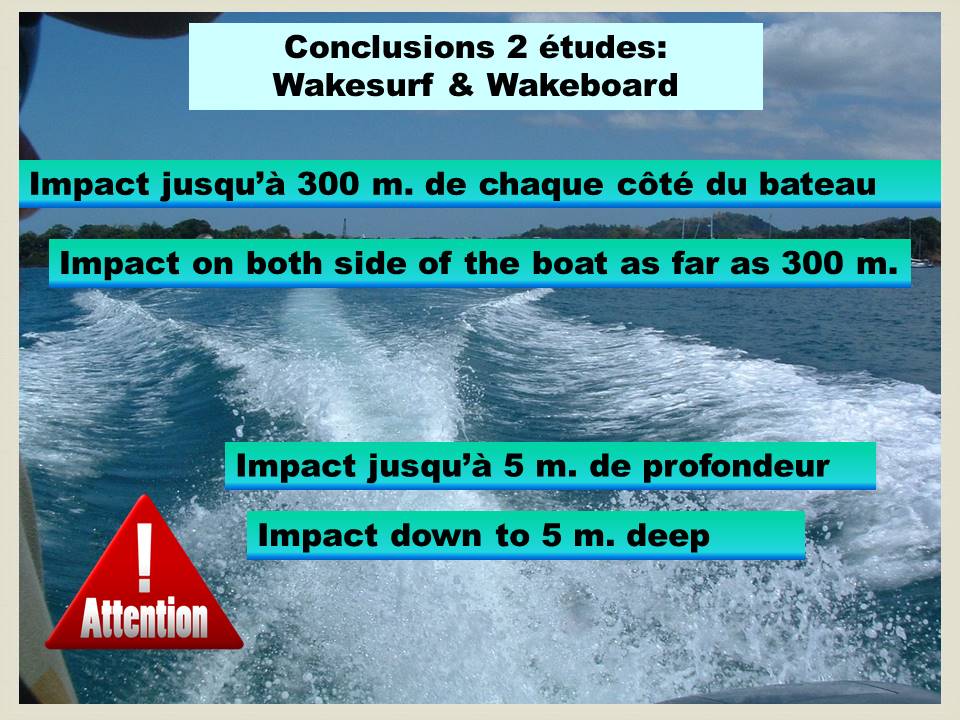